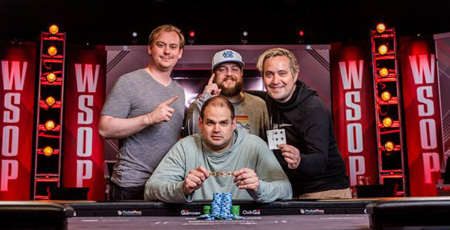 The 2022 World Series of Poker (WSOP) has concluded and Pennsylvania’s Benjamin Kaupp has secured the final bracelet after taking down the Tournament of Champions for a career-best $250,000. Kaupp, who takes home his first bracelet, defeated Raul Garza after a brief heads-up battle to resign the runner-up to a $150,000 conslation prize.

The Tournament of Champions was exclusively available to the 570 bracelet and Circuit ring winners from the 2022 WSOP season. A total of 470 players entered the freeroll in an attempt to win a piece of the $1,000,000 prize pool.

Kaupp qualified for the Tournament of Champions after winning a $215 WSOP.com PA Circuit event for $14,954. He now takes home more than 15 times that as he adds a second piece of WSOP hardware to his arsenal.

“It doesn’t feel real yet. It just hasn’t sunk in quite yet. Before this tournament (started), I was going to be just happy to cash.”