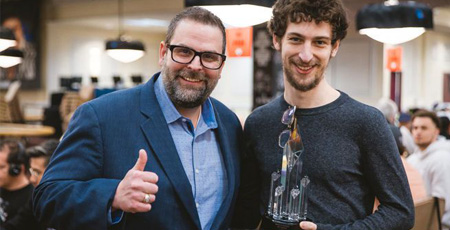 Dan Zack has been a consistent World Series of Poker (WSOP) Player of the Year contender since 2017, and he finally got over the hump this year to win the prestigious award.

With two gold bracelets added to his trophy case, the high stakes pro was the top performer this summer. Additionally, the New Jersey native who first became known in the poker world for crushing Live at the Bike games had 14 other cashes in bracelet events, including two other final table appearances.

“It means a lot, I set a goal three years ago that I really wanted to try to win it before I left poker, and this is the third series I’ve tried,” Zack said.

When asked what he meant by “before I left poker,” he explained that he doesn’t expect to have many more years in him of grinding the WSOP. The three-time bracelet winner said he’s getting married next year and wants to have kids in the near future, and that means he won’t be able to play full-time anymore.