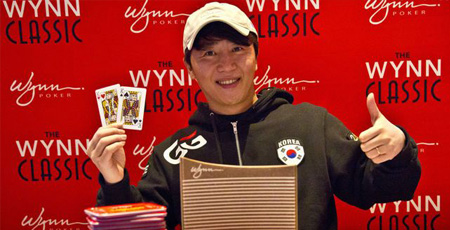 “I feel great,” said Hong when asked what the win meant to him. “I have been to Vegas three times and this is the time I actually got some results”.

This tournament was not the primary reason for Hong’s visit, who says he now has his eyes set on loftier goals. “Hopefully this win will lead to another win in the WSOP Main Event,” he said. “I’m going to go for the bracelet”.

Hong attributes much of his recent success in poker to his background as a gamer, specifically playing Starcraft.

“I think it’s definitely helped being a pro-gamer because it requires a lot of multi-tasking,” He points to other successful poker pros such as Bertrand “ElkY” Grospellier, who first played Starcraft before transitioning into poker as examples of what he sees as a wider trend.